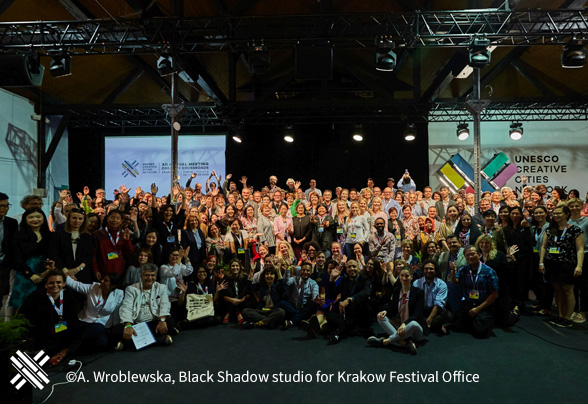 This network is a project of UNESCO (the United Nations Educational, Scientific and Cultural Organization) launched in 2004 to form partnership among cities and encourage the cities to share their experiences and knowledge in the seven creative fields: Literature, Crafts and Folk Arts, Film, Music, Design, Gastronomy and Media Arts¬. Also, it promotes their cultural products in the domestic and global markets, aiming to advance urban revitalization with the cultural industry and understanding to cultural diversities.

On December 1st 2014, the city of Hamamatsu was the first city in Asia to join the network in the thematic area of Music.

Meaning of being a UNESCO Creative City

As a member of the network, the city has opportunities to show off its good points to all over the world, improve the city images, cultivate talented persons through mutual exchanges among the members and promote the development of industry and urban development utilizing cultural arts.

Case Study of Past Collaborations

The city of Hamamatsu has fulfilled several initiatives to achieve goals of the UCCN.

Every four years following the year of the designation the member cities are required to produce a Membership Monitoring Report. In November 2018, the city of Hamamatsu turned in the report covers the four years since the city had joined the network in December 2014.